Cryptocurrencies: The Evolution of Money 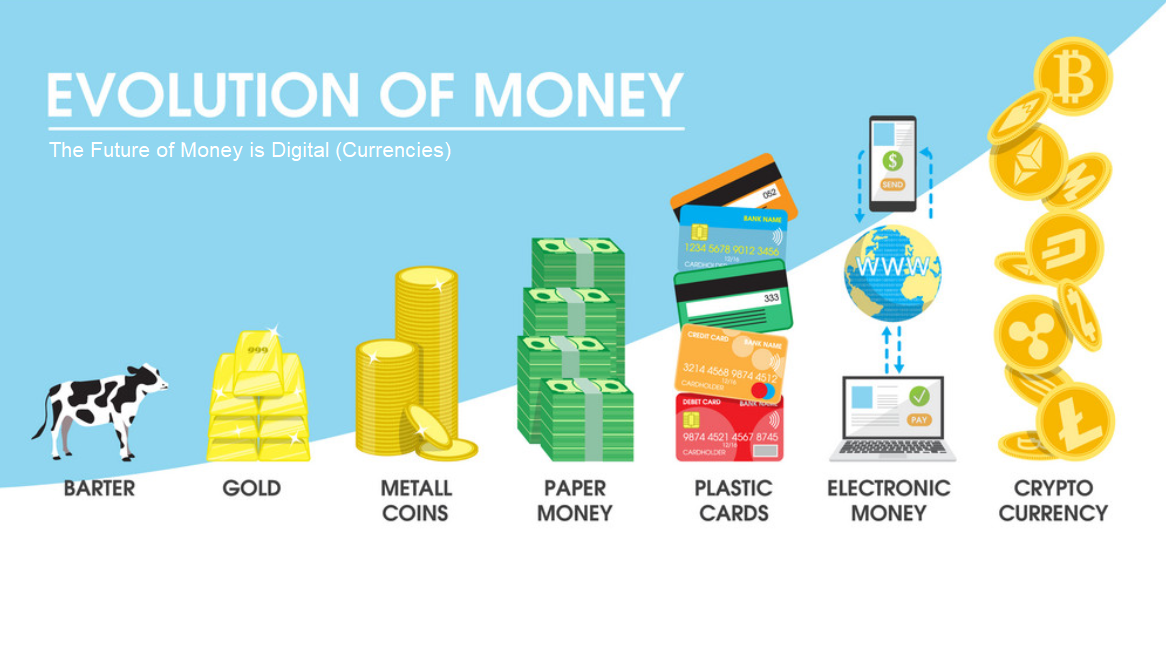 The last few years the interest for cryptocurrencies and blockchain technology has skyrocketed. Many financial institutions and companies have invested in this technology and the industry is already a multi-billion dollar market. Blockchain technology is arguably the biggest and most revolutionary technological development since the Internet itself. The creation of this technology, which is the base for cryptocurrencies, was based on the creation of the first cryptocurrency, Bitcoin. Bitcoin's creation was mainly based on lack of trust and credibility in the financial system and governments after the financial crisis of 2008. So, the interest for blockchain and this new form of money, doesn't come only from institutions, but mainly from individuals and simple people who are trying to find an alternative to the current “broken” and obsolete financial and banking system.

What is a cryptocurrency?

A cryptocurrency or crypto/digital asset is actually a digital form of money that exists only digitally. The main difference between crypto and the digital money that we already use on daily basis (credit/debit cards, e-banking etc.) is that a cryptocurrency is not issued by any government or bank, is mainly decentralized and is based on blockchain technology.

The benefits that cryptocurrencies offer over fiat money are several: 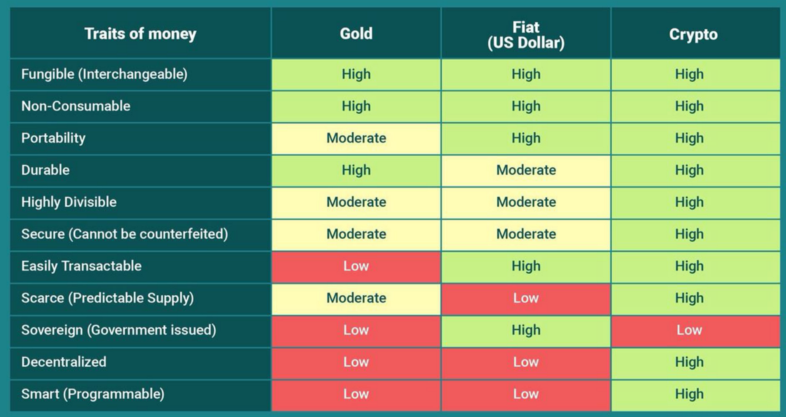 What is blockchain technology?

In simple terms, blockchain technology is an online database which is cryptographically secured, decentralized, transparent and permissionless. As its name states, it is a chain of blocks, where each block is connected to all the blocks before and after it. The key difference between blockchain technology and traditional databases, is public verifiability, which is enabled by integrity and transparency, which makes it almost impossible to hack.

Are cryptocurrencies used mainly for illegal purposes and money laundering?

Many people, who haven't done an extensive research, say that cryptocurrencies have no actual use or value, and they are used only for illegal transactions and money laundering. But is this true? Not only it isn't true, but in fact only 1% of $1 trillion transacted in crypto in 2019 was illicit. Bitcoin and crypto started being presented like that from the media in 2012 and 2013 where bitcoin was mainly used in dark web and this opinion is wrongfully supported till today, but things have changed. Actually, more than $2 trillion every single year are used for illegal activities and money laundering through the traditional banking system and cash.

Is the crypto market another bubble?

Was the Internet and its technology a bubble, like many people thought until the early 2000s? No, but was a bubble created (dot-com) because of insane speculation in a new market? Absolutely yes. A bubble, which when it burst it took down all the companies, including the good ones like Amazon whose stock crashed by more than 90%. What happened next? The companies that were really worth it, had an actual use case and kept working hard to grow, finally survived and came back stronger. The exact same thing is happening now with the crypto and the blockchain industry. The crypto bubble burst in the early 2018 and crashed the whole market. In the long term, the cryptocurrencies that have a real use case, are solving problems and are actually used, will survive and thrive. The ones that have these, will come back stronger in the long-term. Many people confuse the actually technology with investing and speculation, which is wrong. The technology has already proven itself and it is already maturing, with many institutional investors adopting the technology and entering the market.

It is true that most cryptocurrencies are useless and have no purpose or actual use case. There are more than 10,000 in existence at the moment, with more being created every day, but as many known people in the space have said, 99% of the cryptocurrencies will not exist in few years, only a handful of them that are solving a real problem and are improving the lives of people will survive. And this is true for every new market and industry.

Cryptocurrencies have many different use cases. You have most probably heard of Bitcoin, which is the most popular crypto, and some people consider useful for hedging against inflation and used as digital gold. Then there is Ethereum, which is mainly a platform for smart contracts and creating dapps and projects on top of it, and then there is XRP, which is mainly used for fast and cheap transactions and payments all over the world between both financial institutions and individuals. These are the 3 most known cryptocurrencies, but there are many more.

Why is there big volatility?

The main reason that there are big fluctuations in the crypto market is mainly because the market is still new and unregulated, which makes it relatively easy to manipulate. The lack of regulatory clarity and crypto-blockchain policies, especially in the United States and European Union, has been a big problem and has been a barrier to the growth of the industry. The lack of regulations has also given scammers the chance to scam people without consequences. The good news is that more and more countries are coming out with regulations and crypto-friendly policies, which is positive for the whole industry and will drive innovation and adoption.

Be your own Bank

Cryptocurrencies and blockchain technology give everyone, for the first time in the history, the opportunity to be their own banks and have full control of their money and wealth. This technology enables peer-to-peer transactions and instant transfer of value, with low costs and no intermediaries 24/7/365, and also countless DeFi apps or platforms to use for borrowing/lending, trading, earning passive income and more. Both inflation and deflation in fiat currencies and economies have negative consequences for both countries and their people. Apart from the use cases like payments, smart contracts and Decentralized Finance, cryptocurrencies can be used as a medium of exchange, an investment asset and a store of value.

There is no doubt that the future of money is digital. Even Central Banks have plans to create their own digital currencies (CBDCs). Even though there is no big difference from digital fiat money, it is important that new systems based on blockchain are being built that may improve the system and make people see the benefits that cryptocurrency and the technology offer. Cryptocurrencies and CBDCs will be mostly complementary.

It is also important to note that there are more than 2 billion unbanked people in the world that don't have access to the banking system and can't have a normal account because of the limits and costs. That's why there is bigger activity in crypto transactions in countries with many unbanked people. Most people have a smartphone and cryptocurrencies offer a way for everyone to participate and transact even a fraction of a cent, easily and without negligible costs. Creating an account or crypto wallet is quite easy and there are many initiatives that promote blockchain technology and its uses to countries that many unbanked people exist. The crypto market is maturing and growing, crypto businesses are increasing and there are also many crypto ATMs as well as crypto debit cards which enable users to spend directly their cryptocurrencies.

The future is digital and there is a new digital economy being built at the moment with the new technologies. This decade will be crucial to finally see a better, more efficient and transparent system.