Vulcan Forged: Taking (Blockchain) Gaming to the Next Level 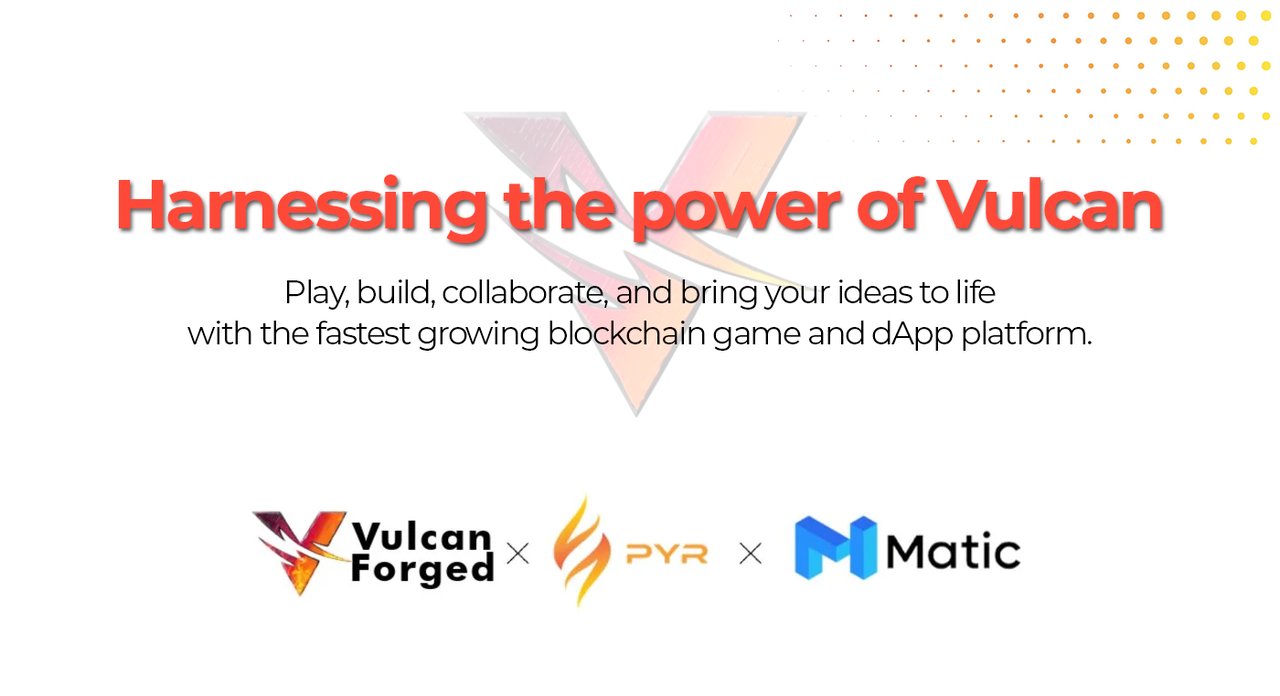 There is no doubt that blockchain technology is one of the biggest, if not the biggest, and most important technological innovations of the century. It is already disrupting and revolutionizing many sectors, mainly the financial sector, and it's now here to revolutionize gaming as well. As more people become familiar with blockchain, they are embracing the new technology and begin to leverage its benefits. In the gaming industry, the decentralized, steady and secure properties of blockchain can make it a popular tool for developers to build new games or in-game advancements, and improve the user experience through ownership, globalization and more.

Gaming is a global multi-billion dollar industry, with professional players from all over the world coming together through digital platforms. Transferring or buying digital assets across the world, however, has been more difficult, with processes taking multiple days and putting the brakes on games between players in different countries. Blockchain can revolutionize the gaming world by creating opportunities for both players and developers.

And here comes Vulcan Forged. Although, there are several crypto projects focusing on blockchain gaming right now, Vulcan Forged brings something unique that nobody else has. This project exists for about a year and in contrary with all the other projects, they decided to first build and prove themselves, and then create a token and push further their ecosystem.

Vulcan Forged is already an established NFT game studio, marketplace and dApp incubator with 10+ games, 12,000+ users and is in top 5 NFT marketplaces by volume (over $15 million). In simple words, it's a blockchain gaming platform with the goal to redefine the $165 billion online gaming industry by creating a decentralized gaming ecosystem. The Vulcan Forged ecosystem offers a full suite of tools for game and application development, with an NFT marketplace and arena to host gaming tournaments and other virtual events. Vulcan Forged has an enormous community of gamers, developers and streamers. It's a complete gaming ecosystem.

Vulcan Forged enables players to truly own in-game assets through NFTs. The primary owned assets for users in the game are Land, Vulcanites, Gods, and Items. Different assets give them different advantages, and these can be bought on the market, traded with other users, or foraged.

Some of the popular games currently on Vulcan Forged include Berserk, Geocats, Rekt City and VulcanVerse. VulcanVerse, which is the flagship game of Vulcan Forged, is the first 3D MMORP to offer actual land parcel ownership. It is an AAA fantasy decentralized universe that bridges the gap between normal blockchain sandbox games to MMO (massively multiplayer online) game functionality. It offers complex building tools as well as fight, forage and spy mechanics embedded into the game world.

Every decentralized ecosystem needs a token to empower it. Vulcan has $PYR, the native ERC-20 token for the Vulcan Forged ecosystem. In January 2021, Vulcan Forged and Matic announced a cross-chain partnership to launch their ecosystem-wide token PYR.

The total supply of the token is 50 million with 20 million in circulation. From the rest 30 million, 10 million are allocated to the reward pool (play-to-earn and staking – 5m each) over a period of 24 months, 10 million for the development and expansion of the ecosytem and finally 10 million to the core team. With only 50 million total supply, this is probably the lowest supply token across all Virtual Worlds projects. PYR empowers a growing list of 10+ games and all elements of the Vulcan Forged ecosystem.

The token will be used in fee settlement, staking, DeFi game launchpads, play-to-earn benefits, gaming platform pools and discounted marketplace usage. PYR is a deflationary token, where on every PYR transaction, 10% will be sent to reward pools, and 5% used to buy-back and lock supply. PYR tokens can be used as a lock up token to stake and earn within the gaming ecosystem.

In conclusion, Vulcan Forged is on the verge of becoming the largest NFT and decentralized gaming ecosystem. The team is constantly delivering new updates and working towards revolutionizing the gaming industry. The fact that the PYR token has actual utility and many use cases in the whole ecosystem, makes it appeal to buy and hold, and the rich role will create an excellent, seamless environment for the games.