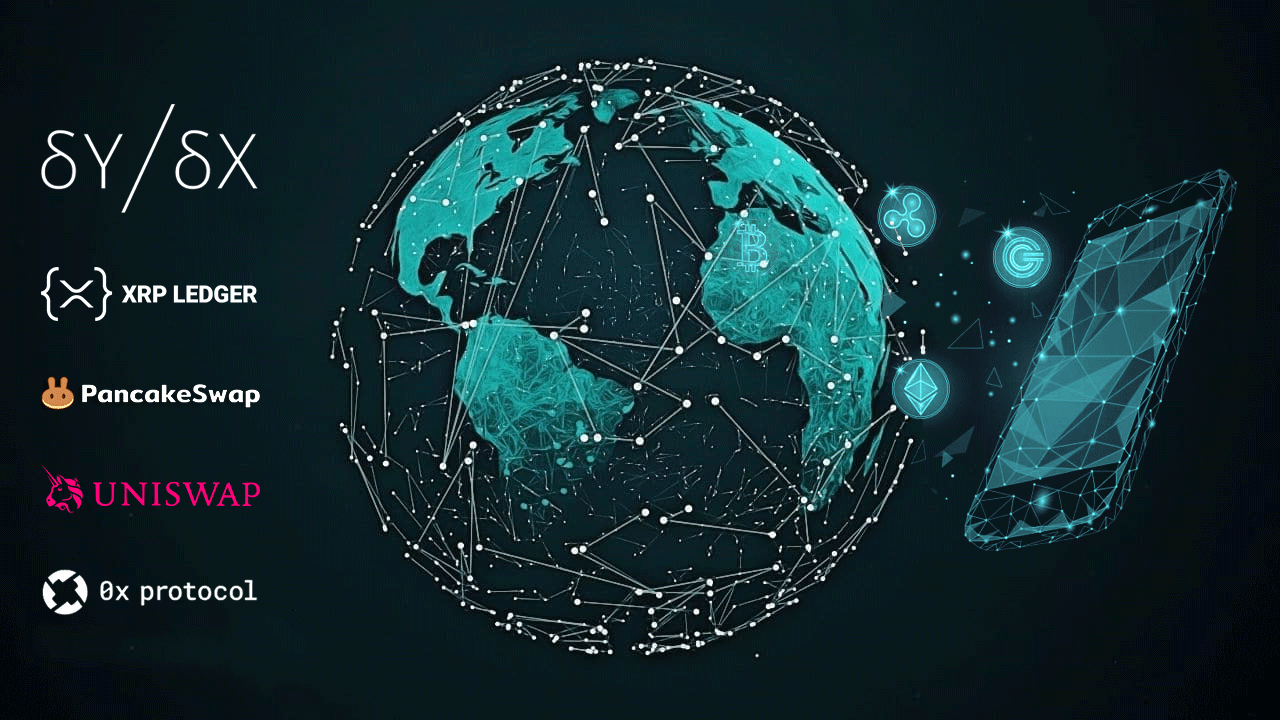 Ever since the first Bitcoin exchange, Bitcoin Market, launched in February 2010, exchanges have been in a strange love-hate relationship with crypto users. With the Mt. Gox meltdown in 2014, and the countless stories of how exchanges disappeared or went bankrupt as a result of hacks, platform glitches, exit scams or even founder deaths, served as reminders that money would never truly be safe in the hands of an intermediary or centralized party. As a result, decentralized exchanges or DEXs emerged as a viable alternative to centralized exchanges (CEXs).

With your typical centralized exchange, you deposit your money, either fiat (via bank transfer or credit/debit card) or cryptocurrencies. When you deposit crypto, you give up control of it. Not from a usability standpoint, as you can still trade it or withdraw it, but from a technical standpoint – you cannot spend it on the blockchain. You don’t own the private keys to the funds, which means that when you withdraw, you ask the exchange to sign a transaction on your behalf. When you’re trading, transactions don’t occur on-chain – instead, the exchange allocates balances to users in its own database.

A decentralized exchange changes the narrative of how people buy and sell crypto to each other. Instead of proprietary software with closed-source codes that CEXs run, DEXs usually use smart contracts to allow orders to be settled automatically and directly from blockchain wallets. In simple words, Decentralized exchanges are autonomous decentralized applications (DApps) that allow cryptocurrency buyers or sellers to trade without having to give up control over their funds to any intermediary or custodian. With no intermediary or counterparty to hold on to any funds, users retain sole ownership of their private keys and, thus, their assets. This does come at the cost of independence: you need to trust the exchange with your money. As a result, you expose yourself to some counterparty risk.

At the heart of the emergence of DEXs in the crypto narrative was a simple but all-important fact in their makeup: non-custodial wallets and fund management. This continues to be the most obvious difference today between DEXs and CEXs.

The XRP Ledger (XRPL) was the first DEX in the history, which was built in 2012 and still operates without issues. It uses on-chain order books and it is a fully-functional built-in (native) exchange where users can trade XRP, XRPL tokens or issued currencies with each other. Unfrotunately, due to the non-stop misinformation and lack of reporting by the crypto media, the majority still does not know that the XRPL has a DEX, among other great features. Users can interact with the XRPL DEX through different interfaces such as XUMM app, xrptoolkit.com , sologenic.org and Gatehub.net .

Pros and cons of DEXs

KYC/AML (Know Your Customer and Anti-Money Laundering) compliance is the norm for many exchanges. For regulatory reasons, individuals must often submit identity documentation and proof of address.

This is a privacy concern for some and an accessibility concern for others. What if you don’t have valid documents on hand? What if the information is somehow leaked? Since DEXs are permissionless, no one checks your identity. All you need is a cryptocurrency wallet.

Sovereignty, or control over one’s funds, can be exercised freely in DEXs. Users will have full custody of their funds and will be able to use them as they please. Concerns like exchanges freezing their assets or blocking withdrawals rarely happen in DEXs. It needs to be noted that not all decentralized exchanges are created equal, and in practice they range from quasi-decentralized to fully decentralized.

The primary appeal of decentralized cryptocurrency exchanges is that they don’t hold customers’ funds. As such, even catastrophic breaches like the 2014 Mt. Gox hack won’t put users’ funds at risk or expose any sensitive personal information.

Many centralized exchanges restrict people from certain jurisdictions from using their services. This is not an issue for DEXs because anyone from anywhere in the world can utilize them. This creates a much more inclusive and fair ecosystem.

Tokens that aren’t listed on centralized exchanges can still be traded freely on DEXs, provided there’s supply and demand.

Liquidity is achieved by centralized exchanges through enormous capital. DEXs often have a problem on this end because, unlike centralized exchanges, their liquidity heavily relies on the number of users actively trading on the platform. They also often do not have access to any fund which they can move around to facilitate trades.

Fortunately, the decentralized finance (DeFi) space has come up with a solution to this through liquidity pools that DEXs can tap.

Unlike centralized exchanges where you can deposit money directly through your card or bank account, there is no such option on DEXs. You need to necessarily use a CEX or a service that will deposit your money directly to your wallet, but they usually have high fees. Hopefully this will change in the future.

Assuming that DEXs and DeFi are free of risks and issues, it’s still not responsible for your mistakes. DeFi transfers responsibility from intermediaries to users. If you lose your private keys or funds by mistake no one will be responsible, hence, creating some tools to prevent human errors and mistakes might be needed in the DeFi space. With freedom comes a lot of responsibility, and many users are not used to having to take care of themselves in this way, which can lead to them losing funds or being scammed.

In conclusion, many decentralized exchanges have emerged over the years, each iterating on previous attempts to streamline the user experience and build more powerful trading venues. Ultimately, the idea seems heavily aligned with the ethos of self-sovereignty: as with cryptocurrencies, users don’t need to trust a third party. With the rise of DeFi, Ethereum-based DEXs have seen a massive uptick in usage. If the momentum continues, we’ll likely witness increased innovation in the technology across the entire industry. Both centralized and decentralized crypto ecosystems work hand in hand. However, the paradigm is gradually shifting in favour of DEXs, with more people realizing the value of decentralization.

If you want to have access to exclusive financial and crypto content, video tutorials and more, join my patreon: https://www.patreon.com/panosmek