XRP: The Investment Opportunity of the Decade 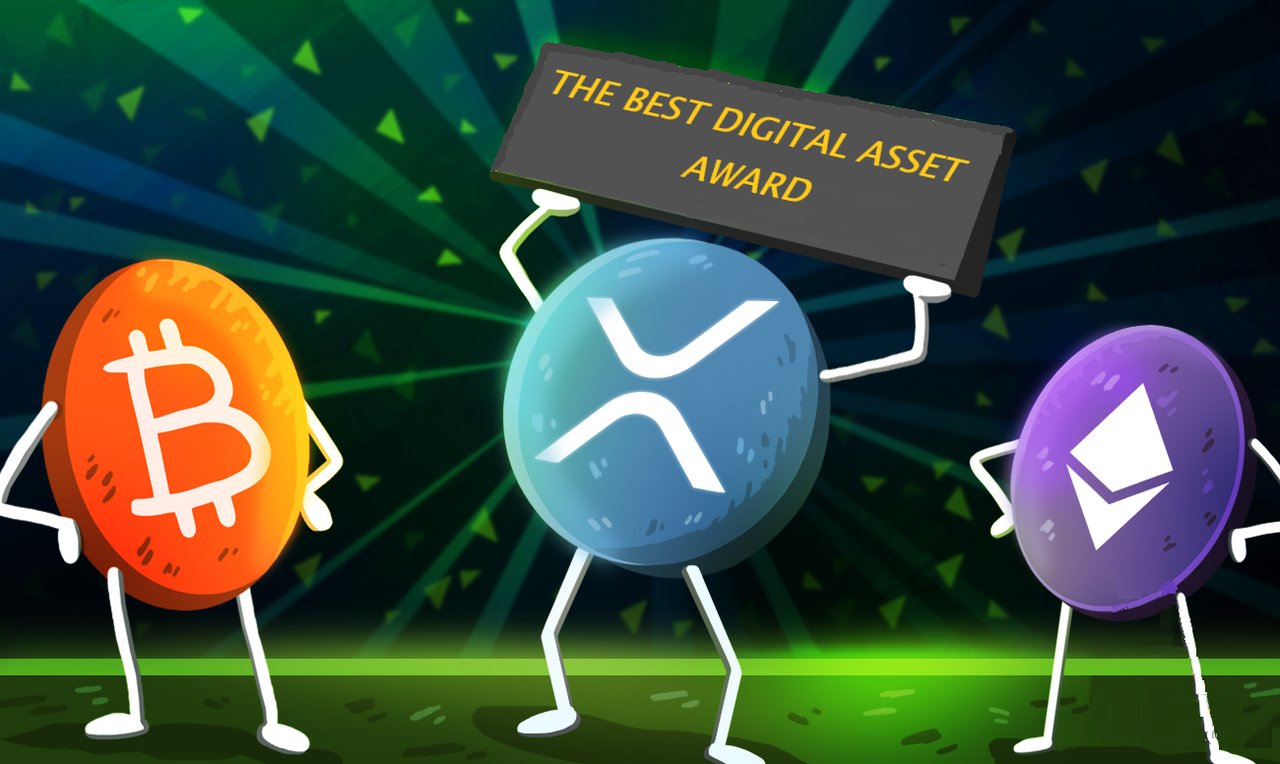 As we all know, the last few months the interest for cryptocurrencies and blockchain technology has skyrocketed. Many financial institutions and companies are investing in this technology. Blockchain technology is probably the biggest and most revolutionary technological development since the Internet itself. Individuals are also getting into cryptocurrencies for many reasons. To make money, for the amzing technology and as an alternative to fiat money and the outdated banking system.

And here comes XRP. The most misunderstood crypto asset that many people do not understand or do not want to understand. “Centralized” and “Bankers coin” are two of the most used phrases by the XRP critics and haters. But is this true? Absolutely not. In fact, if critics and haters such as bitcoin maximalists, sat down and did a good and extensive research, they would realise that nothing of these are true. XRP not only isn't a “bankers coin”, it's actually trying to go against the corrupted and broken financial and banking system.

Ripple is leveraging XRP and its technology to solve a multi-trillion dollar problem, because they are fed up with the broken and inefficient correspondent banking system, which is ruled by the big banks (aka SWIFT). Ripple's vision and XRP's main use case is to upgrade the financial and banking system, make it more efficient and more transparent and make money move efficiently for the whole globe. So, they are actually going against the big banks and the system that bitcoin maximalists hate so much. But Ripple is doing that from within the system and working with regulators and educating them, because that's the only way. If bitcoin maximalists realised these things, became open-minded and saw things how they really are, they would actually jump from Bitcoin to XRP in the next minute. Bitcoin and its believers tried to do that by going against the system and promoting an anarchist ideology, trying to block and exclude everything else around it, but that of course didn't and can't work. This can't be achieved with this way and crypto can't just stay out of the system. Connecting crypto and blockchain with the system is inevitable and it is already happening, we must just try to improve the system and make it work for the majority. Blockchain and crypto can do that.

Ripple might be the main player in the XRP ecosystem, but it is one company focusing on one thing (cross-border payments). XRP is a universal digital asset that is used and will be used for multiple use cases and in multiple markets. The XRP Ledger is being leveraged by an increasing number of independent companies and developers. The XRP Ledger is an open-source and decentralized technology that can do everything that Bitcoin believers wanted Bitcoin to do, but in a much better and efficient way, and with much more features. With the XRP Ledger you can be your own bank today, and use all the amazing features of this technology like escrow and checks or using its built-in Decentralized Exchange. And this is just the beginning.

In order to succeed and survive over the long-term in this market you need 7 things:

1. A great and dedicated team

2. A great technology that is constantly improving

6. Solving real problems and having real utility that improves the lives of people

7. Connections: Having big players, important people by your side and good relationships with regulators and politicians.

Who has all these? You guessed it right, only Ripple and XRP! In my opinion, you need ALL these 7 in order to succeed and survive in the long-term. 1,2 or 5 of them are not enough, all 7 are needed. THIS is why I'm invested in XRP and I believe that it's the investment opportunity of the decade and maybe our lifetime. Not only because of money, but most importantly because of its revolutionary technology. If another asset comes out with all these 7 then I would be happy to invest in that too, but there is no other to date. I like bitcoin for starting this revolution, but unfortunately it has no place in the future. Its technology is already outdated and very limited. Proof of Work is simply not sustainable and XRP Ledger's Consensus Protocol is the new standard, a much better and efficient blockchain system.

The end goal for most of people is to make money from XRP, that's for sure. Some expect to be rich or financially independent, some to just make a good profit but we must not forget that XRP is bigger than all that, it is bigger than speculation and money. It's about the Internet of Value, a new era, a ®evolution. We have invested early in a new revolutionary technology that changes and upgrades the whole financial system and the whole concept of moving money and value. We will not benefit only from our investment, but the technology as a whole in many ways that it will change our lives. And this, in my opinion, is the most important thing. This technology and market exist only about 10 years and Ripple and XRP about 7. Look back at your life in 2010, 10 years are nothing and Ripple and XRP didn't even exist back then and look where we are now. Technology moves so fast. This is not about you and me getting rich, this is about changing the world, changing the status quo, changing how money moves, going against the broken correspondent banking system and more. If this technology succeeds, so will XRP investors.

The future is digital and there is a new digital economy being built at the moment with the new technologies like blockchain and crypto. This decade will be crucial to finally see a better, more efficient and transparent system. And I believe that XRP and Ripple will be in the front line.

If you want to learn more about XRP and Ripple, follow these links: